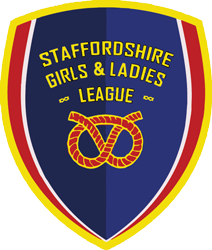 To commence season 2017/18 The Staffordshire Girls & Ladies Football League will provide female football from Under 8 to Open Age across the county.

Following several meetings with Staffordshire FA, Staffordshire Girls League, and Staffordshire County Women’s League Committee Members it had been decided to recommend to all member clubs in both Leagues, that the Leagues join forces to offer one well organised League with a defined pathway for all female footballers in Staffordshire.

Following on a vote at a Joint Girls and Women’s league meeting on 11th April 2017 the majority were in agreement then the Women’s League will foreclose at the AGM on the 8th June 2017 and the Girls league will vote to change its name and add a new age group being the open age.

Clubs can now submit their 2017/18 entry forms to the new league online at http://www.sglfl.co.uk/online-forms/sglfl-league-affiliation-form/

Under 18 teams entered before the end of May will receive a 50% reduction in league affiliation fees.